A multimeter arrived today. Now I've four of them, what is close to I'm expected on the beginning.
I wasn't aware of what is this thing when I was bidding on it on the ebay. But after it arrived I'm absolutely sure it worth every dime I payed for it. If I where in the place of Dave Jones, I would create a long YouTube teardown video with many "awesome" and "beauty" in it. But I'm not, so photos and some text coming.
After a such long introduction let see, what we talking about.
A Fluke 8500A 6.5 digit bench multimeter.

As you see this is not a unit manufactured today. To be honest, I don't know the exact manufacturing date, but the manual I found on the internet was created in 1977. This give us the hint that the unit is roughly 35 years old. 1977 you know, the year of Star Wars. :-)
It is coming from the ages when the products of the US companies was manufactured in the U.S.A.

The unit is heavy. It is around 10Kg. And in addition it was packed and sealed in the way in the box like it would survive even an atomic war.
When I switched on, it started immediately. I made some measurements against my references, together with my HP multimeter.
Voltage: 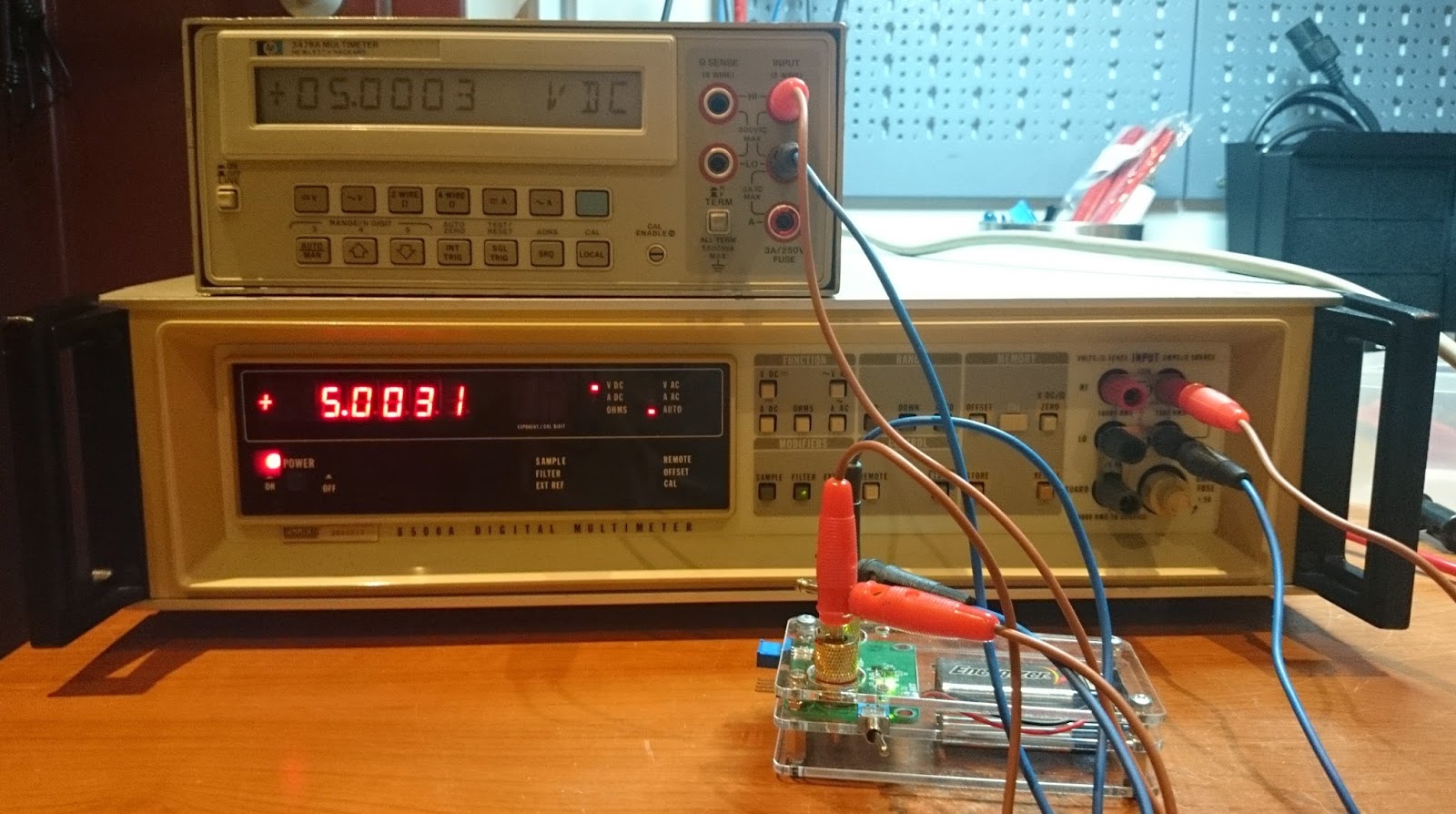 It is slightly off, so it will need some calibration if I'll use as a reference as I planed.
Resistance:

It looks on spot. By the way it would be nice to use the 4-wire resistance measurement, but I should buy some proper test leads (Kelvin clips) for it.

After the testing I opened the box (This was the second time. The first time was in the office with my colleague). 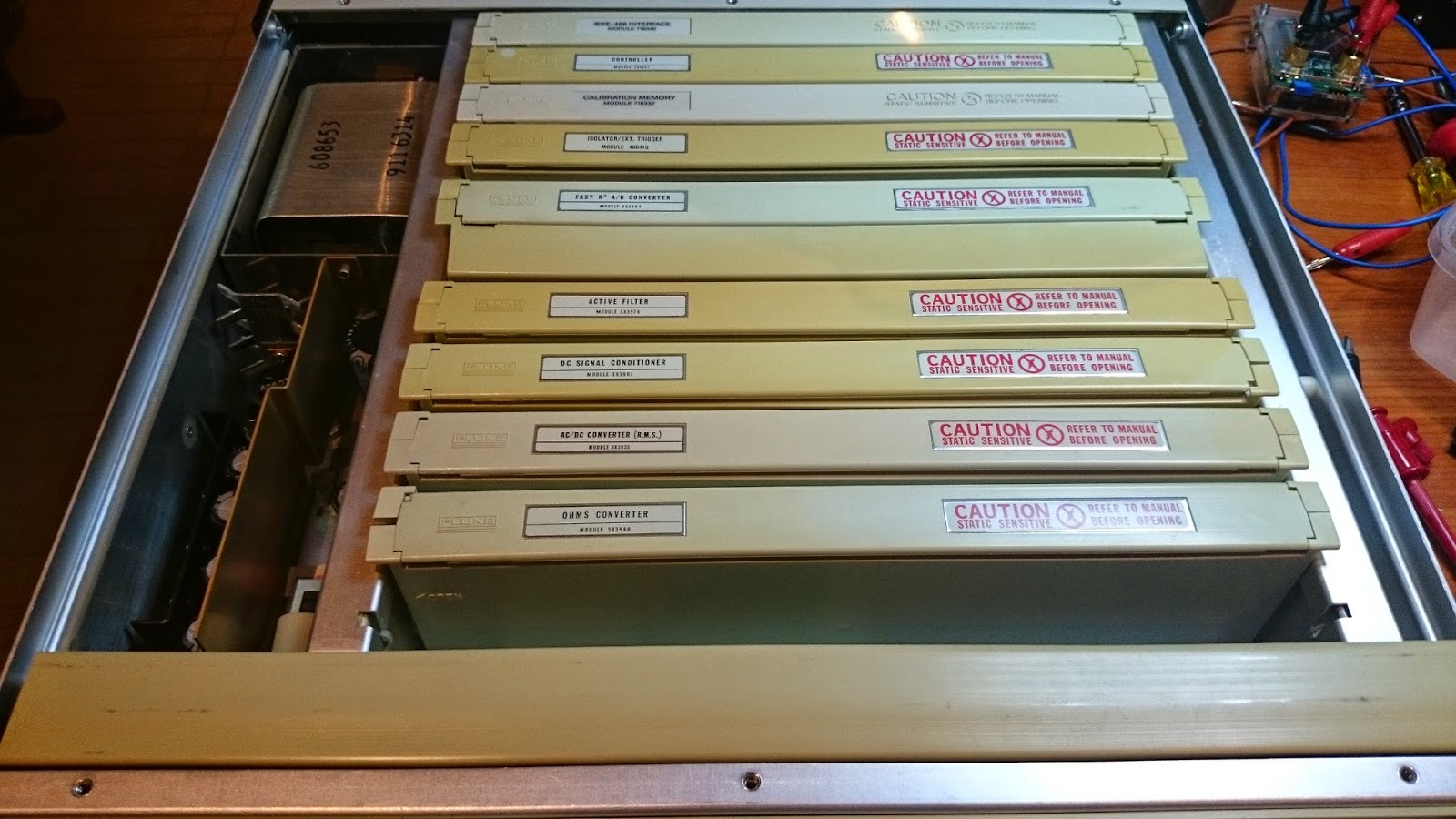 I was shocked. Never ever seen such order in any equipment (specially in something what is old like this). This looks like an engineering masterpiece.
Every single board is enclosed in a separate plastic cover. Every single board's plastic cover has a foldable door on the top of it, allowing access to calibration handles: 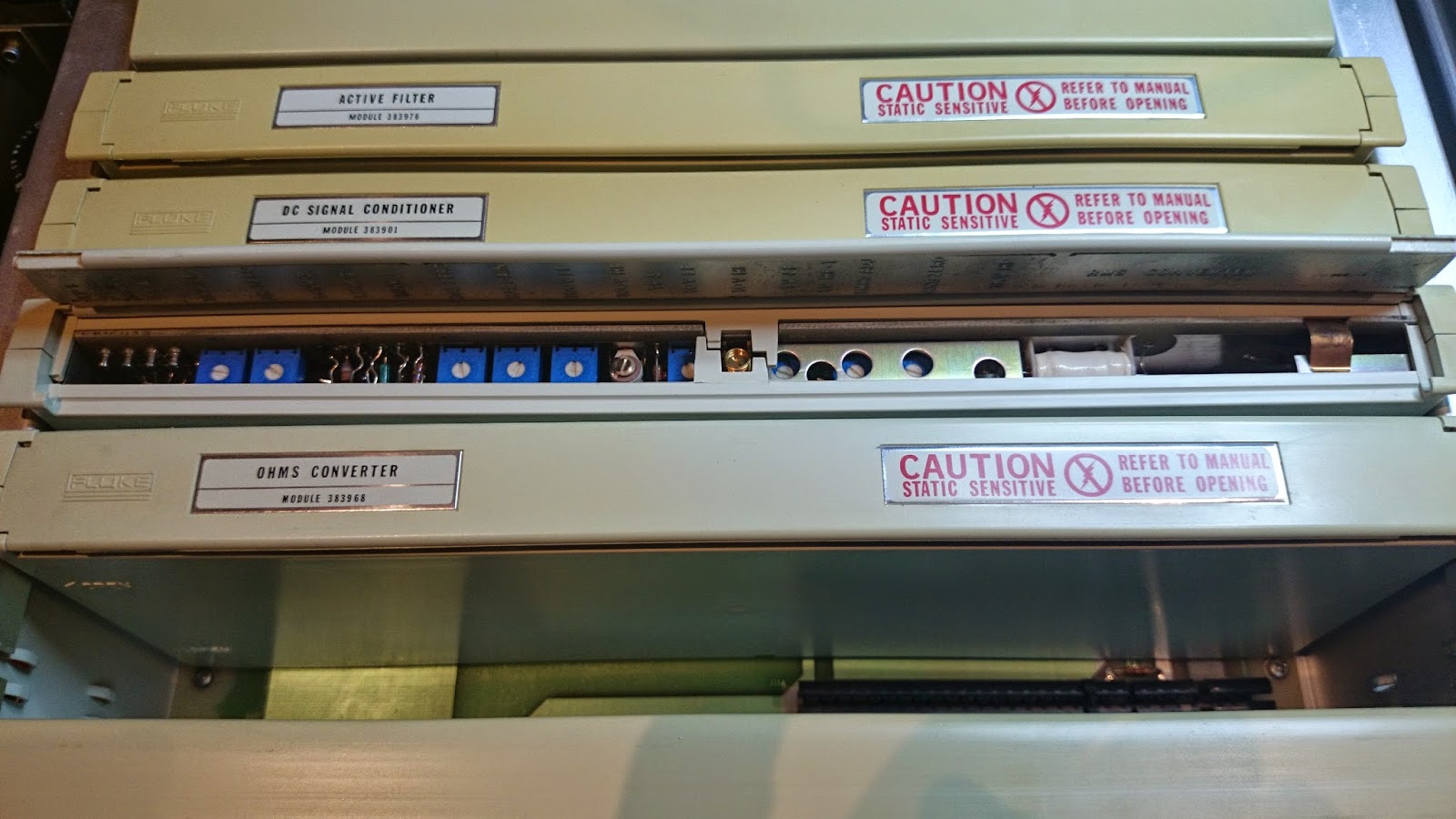 And finally a card with cover opened: 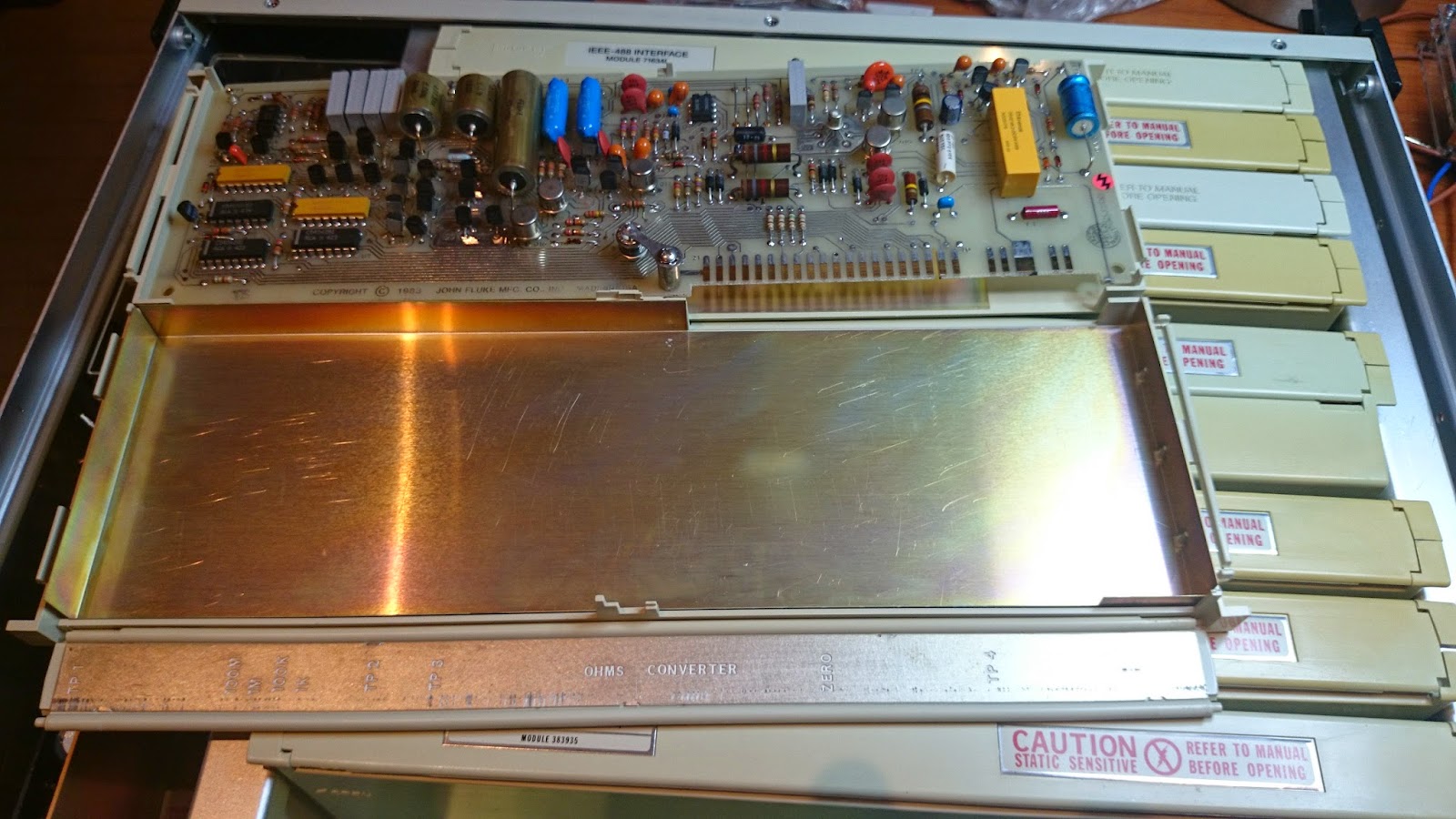 I'm really happy, that I'm the owner of this equipment now on.

Search in this blog